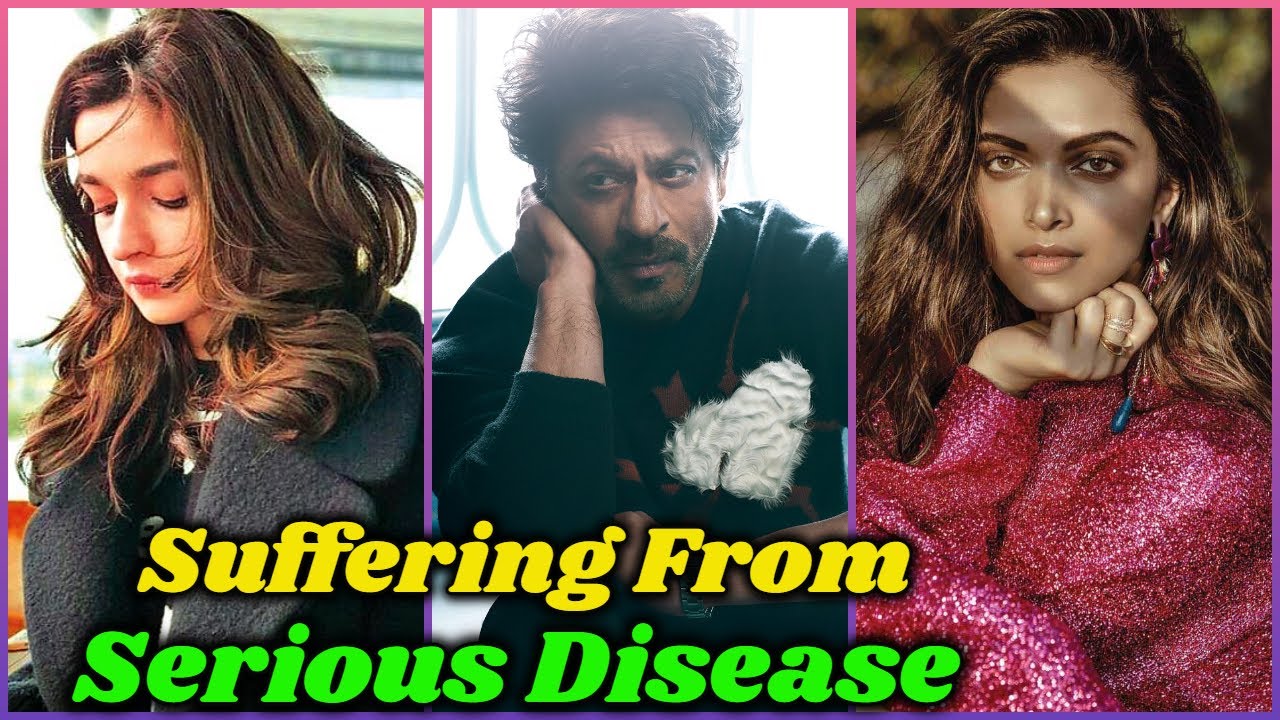 These are the Bollywood Celebrities who are Suffering From Illness :-

1. Shahrukh Khan :- The badshaah of Bollywood has undergone more than five shoulder surgeries for his chronic arm and back pain. He also suffered from depression due to the massive pain he was going through.

2. Salman Khan :- The bhaijaan of bolllywood suffered from a neurological disease named trigeminal neuralgia. This disease affected the facial nerves of Salman and after treatment he is cured now.

3.Hrithik Roshan :- Bollywood’s Greek God had undergone CT scan and MRI which later disclosed that the actor was suffering from brain injury. The actor has a whole in his brain and still he works really hard for his films.

4. Sonam Kapoor :- The fashionista of Bollywood, Sonam Kapoor has been suffering from diabetes since her teen ages. She follows a strict diet and a tough workout plan to keep herself healthy.

6. Ileana D’cruz :- This Bollywood actress had suffered from body dysmorphic disorder which led to anxiety, depression and suicidal thoughts. She was under treatment for many years and she is now totally cured.

7. Irrfan Khan :- Talented Bollywood actor Irrfan Khan was diagnosed with rare disease Neuro Endocrine Tumour. He got his treatment from London and he is currently recovering rapidly.

8. Sonali Bendre :- This gorgeous Bollywood actress had been diagnosed with high grade cancer.

9. She was under treatment in New York and she has successfully won the battle against cancer.

10. Rajinikanth :- The Thalaiva of South Indian cinema Rajinikanth suffered from Bronchitis in 2011. He even went to Singapore for treatment and spent few days in ICU too.

12. Dharmendra :- This mega star Bollywood has suffered from depression and was under medication. He became an alcoholic because of his depression.

13. Manisha Koirala :- The gorgeous Bollywood actress suffered from ovarian cancer and she was under treatment. Her surgery was successful and she is now living a cancer free life.

14. Anurag Basu :- Famous Bollywood director Anurag Basu was diagnosed with blood cancer; he suffered from acute leukemia. He wrote the scripts of Life in a Metro during his treatment and he is completely cured now.

15. Lisa Ray :- This popular television and Bollywood actress, Lisa was diagnosed with multiple Myeloma in 2009. This Bollywood actress is cancer free but not completely cured as the disease is not curable totally.

#bollywoodactor
#bollywoodactress
#illness
———————————
For More Bollywood News: –
————————————–
Reporters : Ria Saha || Aparajita Das
Video Editors : Subrata Gayen || Puja Mitra || Jhilik Das || Swagata Biswas
—————————————-
Disclaimer :- We suggest that this video to be used only for information seeking and not to make any decision based on that. We always try to give you the correct news and information but we do not claim any guarantee. The information of this video is taken from various websites. If you find any information wrong, please contact us and we will take needful steps in no time. For Any Enquiry or Issue, Please contact us at somarticle@gmail.com
————————————–
Like Us on Facebook :- www.facebook.com/smokyevening
Follow Us on Twitter :- www.twitter.com/smokyevening
Pinterest :- www.pinterest.com/smokyevening
Instagram :- www.instagram.com/smoky.evening/
Visit our website : –
——————————————–
Copyright Disclaimer :- Under Section 107 of the Copyright Act 1976, allowance is made for fair use for purposes such as criticism, comment, news reporting, teaching, scholarship, and research. Fair use is a use permitted by copyright statute that might otherwise be infringing. Non-profit, educational or personal use tips the balance in favor of fair use

-We Use Our Own Voice for Background Commentary of this video. Background music is taken from youtube audio library.